Before we begin, please step into my time machine…

I was a dork in middle school. To the core. Unfortunately, I didn’t have the best common sense. Same goes for fashion sense.

One time I cut my bangs pretty short. Then my hair dried, and they became even shorter.

I enjoyed reading. A lot. Back in the day, this was good for my introverted tendencies.

I was tall, gangly, and awkward. Once puberty hit, I skyrocketed. I was taller than all the boys. Sometimes I tripped over my own legs.

I went to a private high school, where I furthered my nerdy intensity. I was cut from the basketball team my freshman year. Who am I kidding…I didn’t even make the team. I got braces the same day as band chair auditions. Total bummer. Really didn’t have a lot goin’ for me…

Like other teenage girls from Wisconsin, I wanted to go deer hunting with my Dad. It took me five years to successfully kill a deer (disclaimer: I went vegan last year). Before that, I had several mishaps, including the time I got lost in the woods, or the time I realized that I had forgotten to load my gun.

Suited up, I looked like a lumberjack on steroids.

After trying so many different extracurriculars, something wonderful happened. I discovered I could write. I wrote for the school newspaper. I wrote for the Green Bay Press Gazette. I was accepted into Syracuse University’s S.I. Newhouse School of Journalism.

It felt good to be good at something.

I spent most of freshman year in the library (I seriously used to joke that we were in a relationship). The next year, I got involved with newspaper stuff again. With that came the benefits of having a social outlet. I wrote some pretty good articles, but mostly a lot of random stuff.

It was a blast.

I moved to New York City three days after graduation. I was making 28K in one of the most expensive cities in the country. Many peanut butter and jelly sandwiches later, I found a job that capitalized on my writing and selling abilities. I did well.

Four years later, I married one of my co-workers. We moved to Denver, and I went back to school for nursing. We bought our first house in 2015.  As soon as we signed on the dotted line, I threw myself into numerous home improvement projects.

In September of 2016, we had a baby. For better and for worse, I felt changed. I loved my little Buddy with all my heart, but I suffered from postpartum depression for months before realizing what was wrong. You’d think as a nurse, I’d know better.

Furthermore, the mental and physical stress of hospital work was beginning to take its toll. If things kept deteriorating, soon I wasn’t going to be any good to anyone.

By September of 2017, I hit my breaking point. I loaded up the car with my most valuable possessions and drove cross country with the help of a neighbor.

I moved in with my parents. My husband joined me soon thereafter.

I got the help I needed for my depression. I started going to a gym. I started a life evaluation.

I turned to the one skill I could always rely on: writing.

Which brings me to the inception of Top Shelf DIY. My hope was to chronicle my journey to a better place within and connect with others along the way.

On the crazy path that has led me to today, I’ve learned life is a series of upswings and downswings.

The key is just finding your path to the next upswing.

Hopefully, with the help of my family, this is my path to the mountain.

I'm just a girl...standing here with a drill...asking you to love her. You can usually find me shaking a cocktail or a can of paint. I’m out to prove you can get the job done without a handy husband. To learn more, click here. 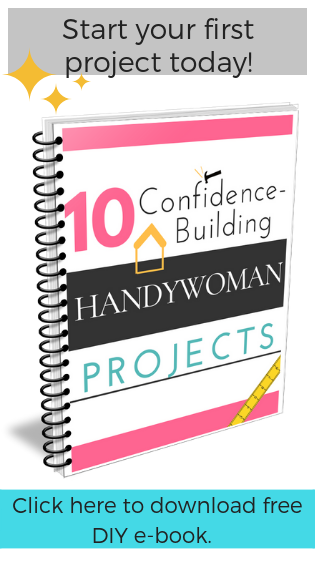 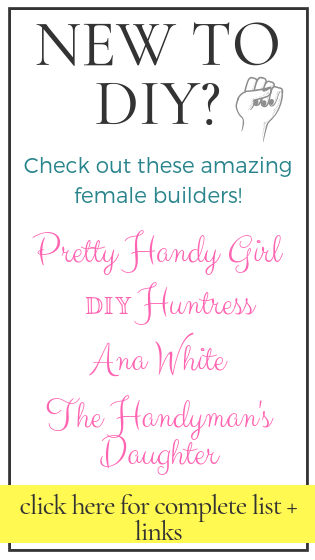 Top Shelf DIY is a participant in the Amazon Services LLC Associates Program, an affiliate advertising program designed to provide a means for sites to earn advertising fees by advertising and linking to Amazon.com.

Stay Up to Date With all the Latest!

Did you guess that I was making a macrame chandeli

Can you guess what I’m making this week?? Hint:

Hey hey - how bout that clay!? Week 1 of my Christ

The progression of a fireplace. This one’s for a

“Hang on April!” Happy Halloween from my gang

Clearly, I’m a mess. At least I have beautiful c